The history of Modern Locomotives Illustrated

In mid-2007 the publishers were keen to update Locomotives Illustrated as the title, then edited by Brian Stephenson, had reached the inevitable end point where it had covered all the main steam classes in Great Britain. Colin J. Marsden was approached by Ian Allan and asked to re-launch the product to cover all the UK modern traction diesel and electric fleets. The opportunity to take Locomotives Illustrated into the modern era was not to be turned down and Colin accepted the challenge. The last steam Issue which was published in early 2008 was No.170.

To take on its new role, the magazine was renamed Modern Locomotives Illustrated and a total revamp of style, content and production methods were introduced. Apple-based hardware was purchased, together with the latest Adobe software, to enable the revamped product to make the most of modern production and printing procedures. The one area which could not be compromised was quality, in terms of both content and production, Locomotives Illustrated, was always considered as the flagship product in terms of paper, presentation and content and this had to be continued, therefore (at the time) the very latest PDF production technology was introduced, together with up to date printing techniques. To support the product and other modern traction titles, Colin invested in a vast collection of modern traction photographic material (in excess of 2 million items) and a massive technical library -all available for the new venture.

The first modern traction edition of Modern Locomotives Illustrated No.171 was published in May 2008 and covered the Class 37 diesel-electric locos. Considerable thought was given at the time to the continuation of the issue numbering from Locomotives to Modern Locomotives Illustrated and the final decision was taken by Colin to continue the project as one numeric series, enabling collectors to maintain the series from issue No. 1.

Since Modern Locomotives Illustrated was first published, we have made a number of minor design and style changes, mainly to reflect reader suggestions and improve the look of the product. We are constantly asked to include larger and more detailed illustrations and to include more ‘numbered’ pictures showing component parts and equipment and technical information – this we have largely achieved.

When first re-launched as a modern traction publication, it was proposed that it would run for around 10 years, equating to some 66 issues, however, as time progressed, with new classes and reader suggestions on expanded subjects, a total of 76 issues were produced, completing the UK modern traction fleet coverage in February 2021.

MLIPlus is a much expanded product, with 100 pages in each issue, including four ‘gate folds’. This technology allows the use of larger and more impressive images. The relaunch of MLIPlus also enabled a revamp of design and presentation, while maintaining the high-quality style and coverage. Each of the MLIPlus issues now covers around 10 main subjects or features per issue, detailing some of the smaller classes of train or railway operation, concentrating of the previous successful style of Modern Locomotives Illustrated providing full technical and fleet information using tables, graphs, and drawings. With the launch of MLIPlus a new regular feature has been included ‘Through the Lens’ showcasing the best of the best in modern traction railway photography. 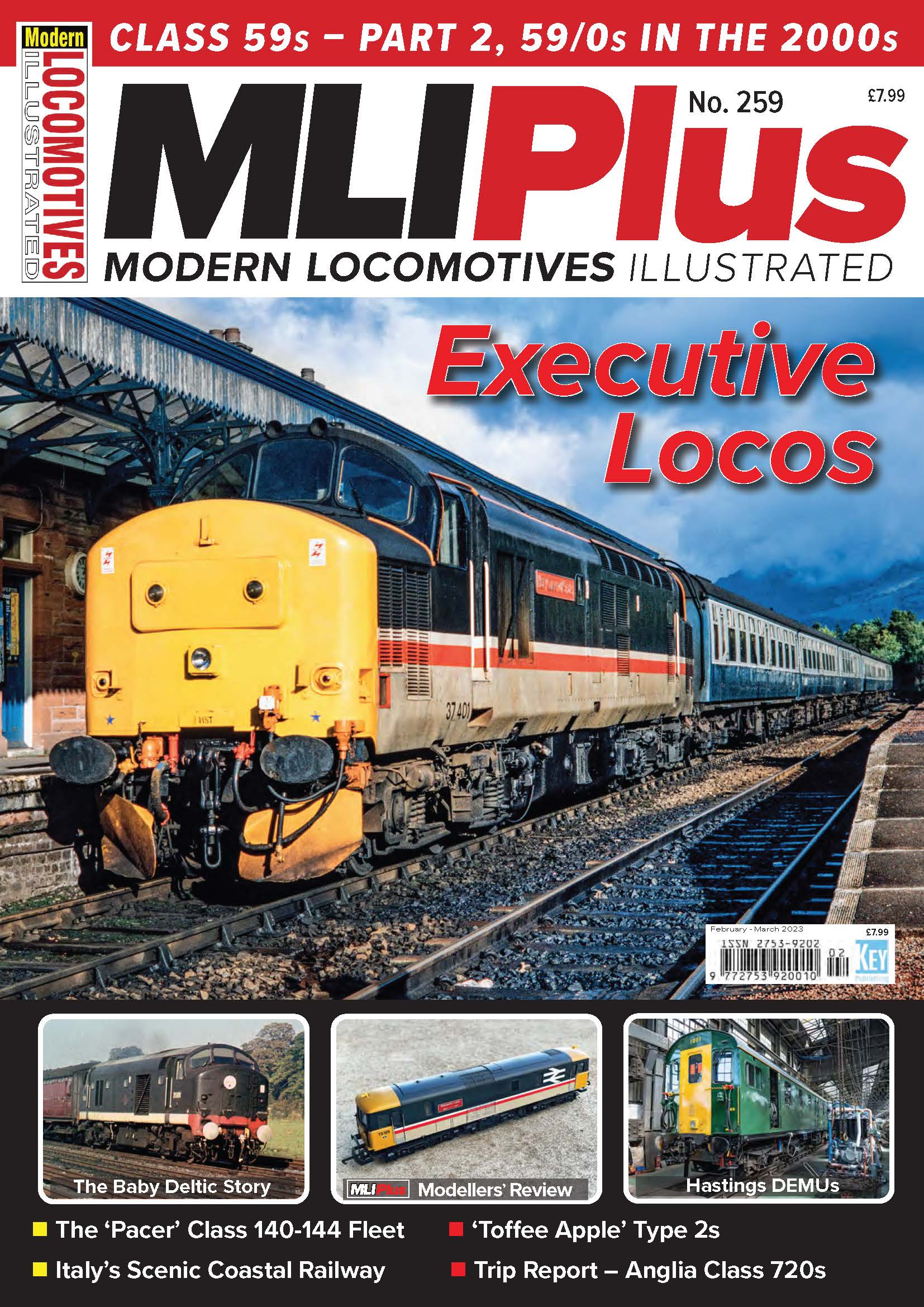 Any cookies that may not be particularly necessary for the website to function and is used specifically to collect user personal data via analytics, ads, other embedded contents are termed as non-necessary cookies.